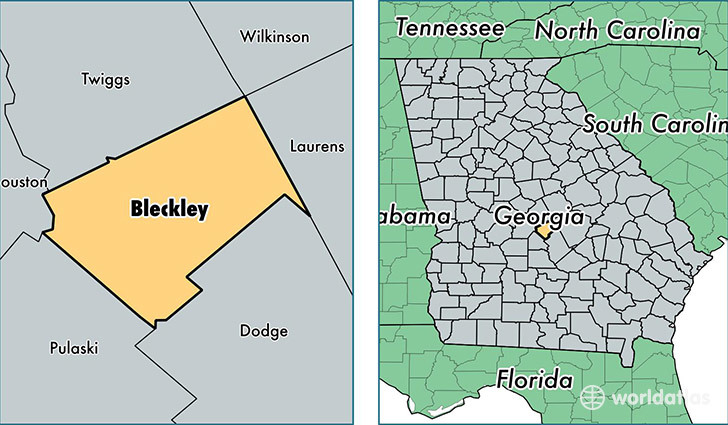 Bleckley County is located towards the southern center of the state. There were 3 documented lynchings that occured within the county during 1915. Similarly to that of Baker County, the 3 lynchings occured at once. The trend of shooting the victim continues however, in Bleckley, the victims' home were blown up with dynamite.

The behavior in Bleckley county sets precedent for the violent trends that plagued black Americans during the 1950s and 1960s. During the Civil Right era, terrorists like the Ku Klux Kan would bomb homes and churches alike.

Though the names are disputed, Peter (Gene) Jackson was accused of murdering three white men in 1915. The story alleges there was a dispute about farm work; when the farm supervisor went to confront Jackson, Jackson is said to have taken a pistol and shot him. The other two white individuals were allegedly killed when they tried to enter Jackson's home to arrest him. A Bleckley County "Posse" went to the home were Jackson Barricaded himself. Jackson refused arrest so the posse used dynamite to blow up his house, then shot Jackson dead. Another source states His brother James Jackson and Peter Jambo aided in the crimes and were in the house during the explosion.