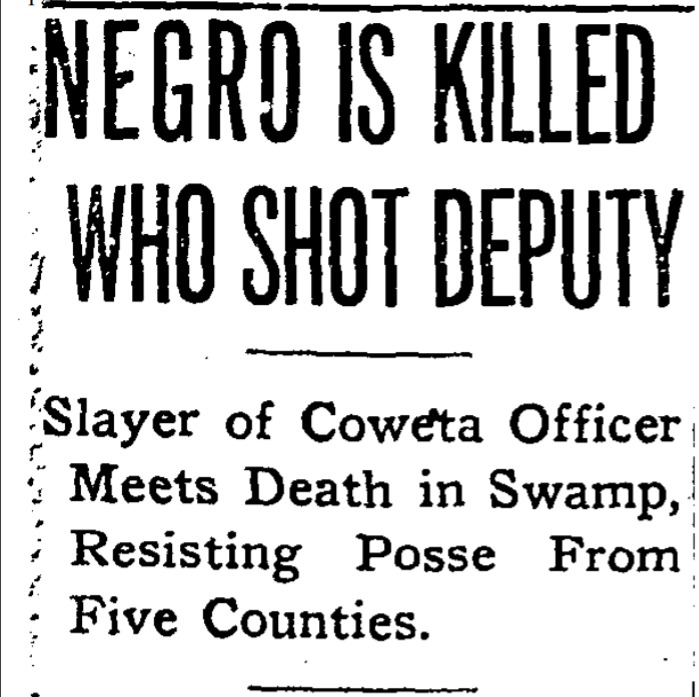 Belived to have shot and killed a Coweta County Sheriff's Deputy attempting to arrest him on for theft, Ross was subsequently hunted by a group of men from Coweta and surrounding counties numbering in the hundreds. He was cornered in a swamp outside the town of Newnan where he was ultimatly shot and killed on May 14th, 1921. He was buried in Newnan the following Sunday morning. 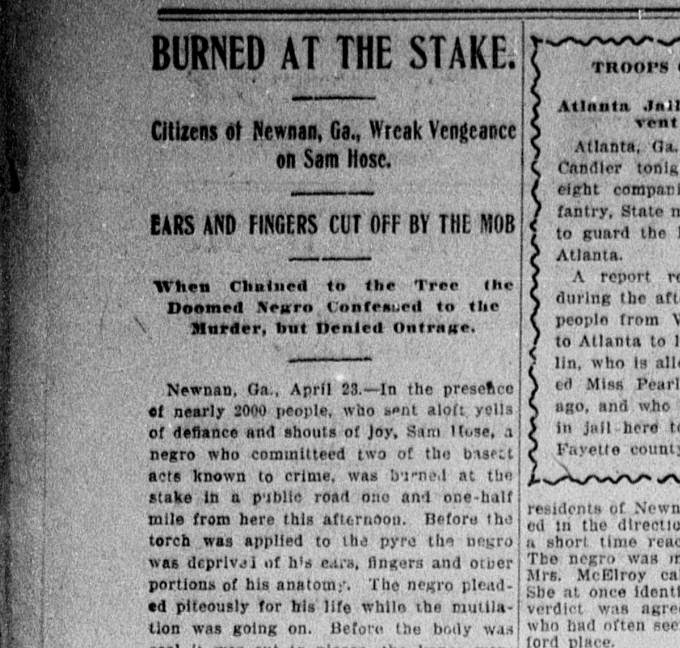 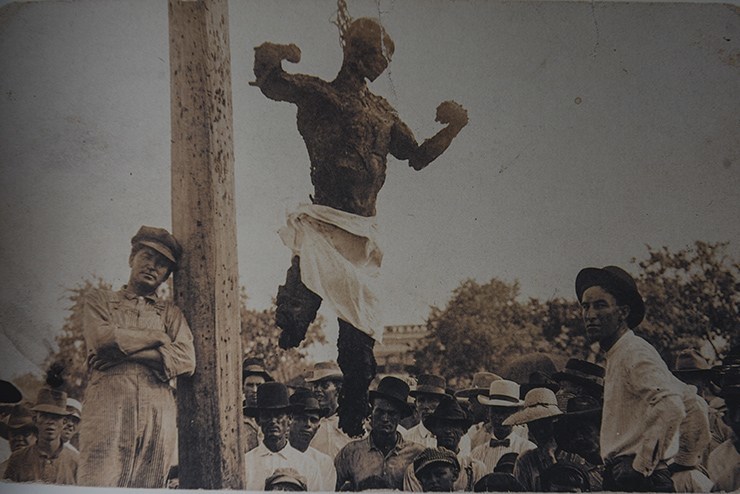 “the black beast” “the monster”

Samuel Hose was lynched in Newman, Georgia on April 25, 1899, for the murder of Alfred Cranford. There are several different accounts of what led to Hose murdering Cranford.  One account details that the two men got into an argument after Hose requested time off work to visit his mother who happened to be sick. Cranford allegedly pulled a gun on Hose in anger, and in self-defense Hose threw an ax at Cranford that struck and killed him. Then after murdering Cranford, Hose was accused of assaulting Cranford’s wife and blinding their small child in his left eye. Another account suggests that Hose and Cranford were having a disagreement over unpaid wages and Cranford pulled a gun on Hose because he was fed up and Hose acted in self-defense by throwing an ax. Other accounts suggest Sam Hose implicated Lige Strickland as the mastermind behind the murder. Hose allegedly claimed Lige paid him $20 to kill Alfred Cranford. Lige Strickland was eventually tried and hanged on account of Hose’s confession. It was believed that the involvement of two black males was part of a conspiracy by blacks to punish white people. The mob set out to teach blacks a lesson that night by also murdering Albert Sewell. They knew Sewell had nothing to do with the murder of Cranford but killed him because he spoke out against Hose's death and stated it would be avenged. The actual lynching of Samuel Hose was brutal. He was burned in front of a crowd of 2,000 people. Hose was forced to remove his clothing and men in the crowd took turns cutting his ears, fingers, nose, face, and genitals off and sold them to the crowd. The crowd also scattered to grab pieces of Sam Hose’s flesh, bones, and ashes to keep as souvenirs, and one person even took the stake he was tied to and burned on. There are also accounts that state grocery stores sold Sam Hose’s remains.

“...was not permitted to identify the negro. She is ill and it was thought the shock would be too great for her. The crowd was satisfied with the identification of Holt by Mrs. Cranford’s mother who did not, however, actually see Holt commit the crime.” -Gazette