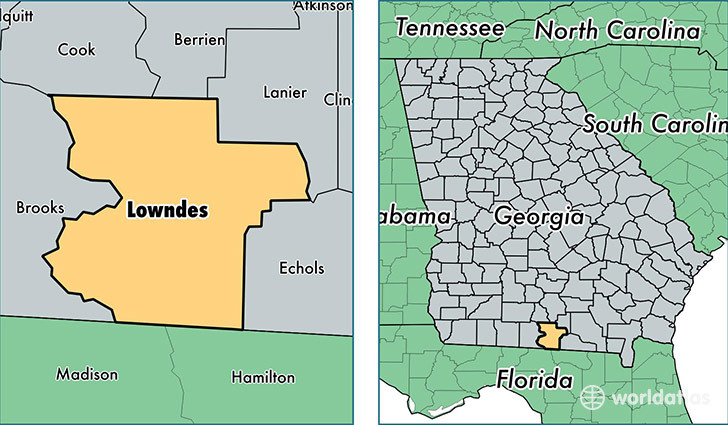 Lowndes county is along the southern border of Georgia, and it can be found right next to Brooks county. These two counties are often talked about together in the post-reconstruction era, as the most historic lynching of this area was the Lynching Rampage of 1918. Sidney Johnson, the murderer of Hampton Smith, initially set off this series of lynchings and was killed in Lowndes County. The Mary Turner landmark is in Lowndes county, indicating many lynchings took place within Lowndes as well as Brooks county. The main city in Lowndes is Valdosta.

Dave Goosby was the "Thomas county rape fiend." He was transferred to Valdosta for safe-keeping by the sheriff. As he was being transferred, a crowd of between 25 and 30 people met him getting off the 9:30pm train, and he was lynched. 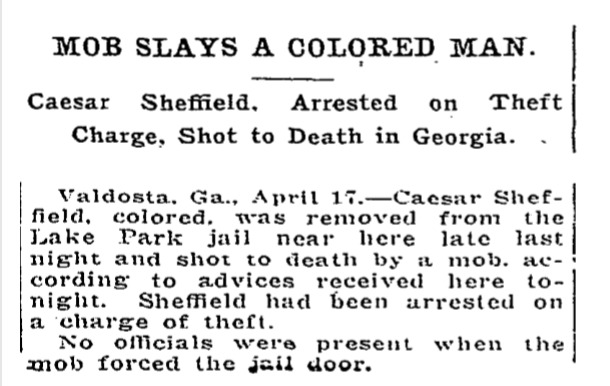 Caesar Sheffield was arrested on a theft charge in Lake Park, Georgia in April of 1915. After being brought to the Lake Park jail, he was broken out by a mob while no officials were present. This mob shot him to death that night. 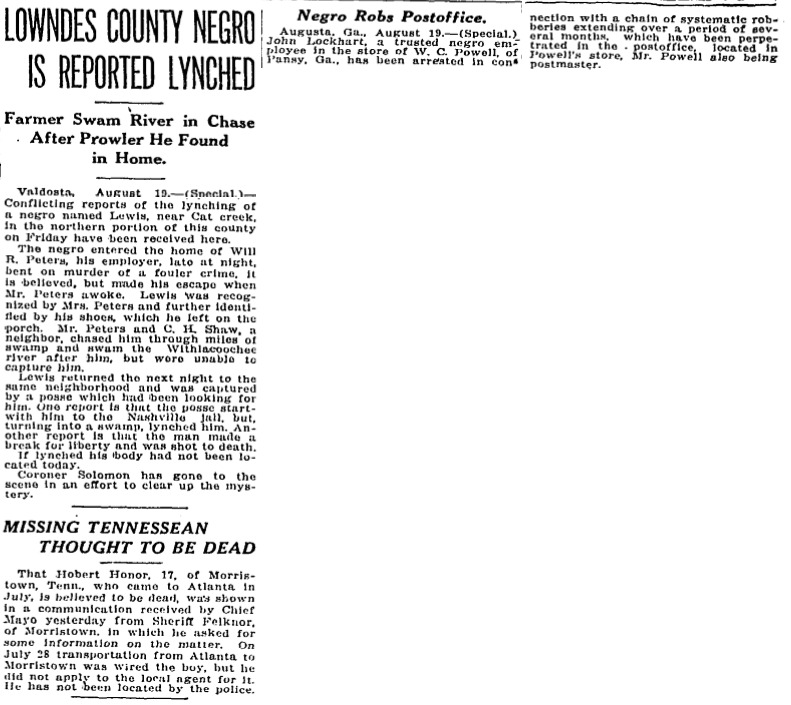 A man called Lewis was lynched for a crime he never committed. In August 1916, Lewis entered his employer’s home one night, allegedly planning to kill him. The employer’s wife identified the man as Lewis by the shoes she saw him wearing. She and neighbor ran Lewis off that night and no crimes were committed. The next night, Lewis returned to the neighborhood, but this time he was met by a posse of people which subsequently captured him. Even though no body was recovered, reports claim that he was shot to death after trying to escape the group that captured him. 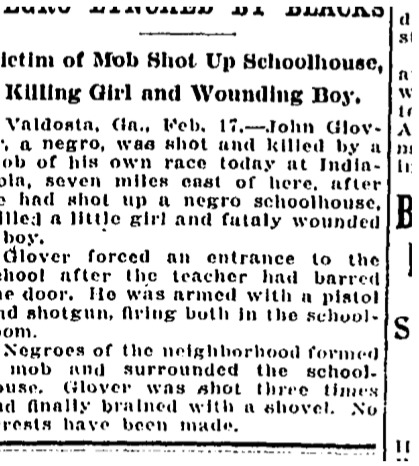 John Glover was killed by a group of people of color for crimes at a Valdosta schoolhouse. Glover committed a shooting at a negro schoolhouse which fatally injured a young black girl and boy. Outside the schoolhouse, a mob formed intent on punishing him for these crimes. The group shot him three times, but he was ultimately killed after a beating with a shovel.