Memorializing a Racist Past 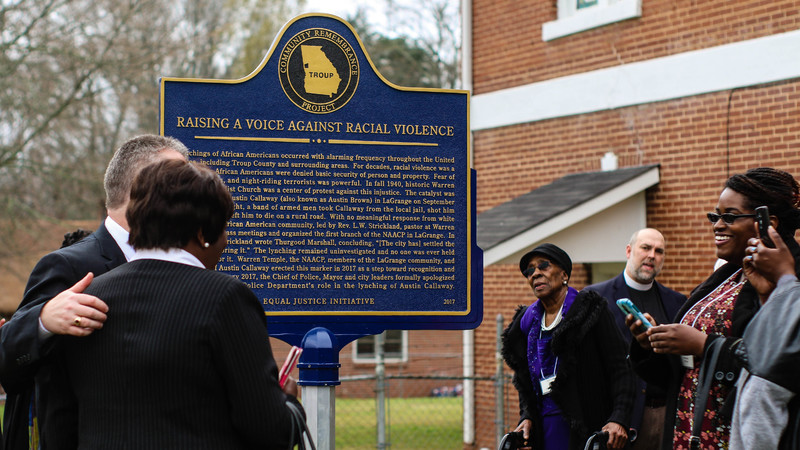 A marker dedicated to victims of lynching.

The brutality of American history cannot be ignored. Following the devastation of the Civil War, a new era of racial terrorism swept through the southern part of the nation. Hundreds of innocent victims were killed in through violent mob activities, and their families were left devasted and afraid for their own lives.

It is important for the modern American people to recognize and understand these horrific times in order to examine their own prejudices and how they approach them. In an era of immigration and incredible diversity, it would be easy for those who fear the "other" to return to a mindset approving of violence and genocide in order to maintain their ethic status within American society. However, this sort of violence is as unacceptale now as it was in the late 1800s and early 1900s, and its consequences would not differ despite the years that have passed. While studying such events proves difficult, it is vital to understand their true nature, and even to feel the shock and dismay that comes along with studying them, in order to recognize the distinct need for their prevention in the future.

Perhaps the best way to sum it up is this: we are all human. All of us have dreams, families, career goals, and other personal desires. Our skin color as well as our backgrounds do not change these characteristics; they simply provide a means for the United States to grow as a diverse and successful country. Fearing those that differ from you simply hinders your own ability to grow, and does not offer any sort of personal or social value. Those who took part in racial terrorism during the era of lynching are condemmed today, and anyone who decides to continue this mindset of racial supremacy in the future will be condemmed by the coming generations. While history is often written through the eyes of the winner, it is important to note that those who lost were no less human for it. Perhaps those that lost were the most important humans of them all.

← Twiggs County
How Should We Remember this History