The spaces for enslaved people in Athens were very limited. There were regulations throughout the city and on campus itself restricting when and where enslaved and freed people could exist. In the town limits, for instance, enslaved people were not allowed to be out past 9 PM without a pass. On campus, they were only allowed on the University grounds to perform prescribed duties, such as carrying water and cleaning rooms. Further, as noted in the Board of Trustees Minutes, they were barred from campus buildings unless they had a specific duty inside. As the University of Georgia participated in the hiring out system, very few enslaved people actually lived on campus. However, there are mentions in the Prudential Committee Meeting Minutes of a “negro house” and privy on the president’s lot, as well as a “negro house” on Professor James Waddel’s lot. It is unclear to what extent the University's religious space was shared. In 1855 and 1860, the Presbyterian and Baptist churches on campus, respectively, were vacated in favor of newer buildings. The original buildings were given to slave congregations of the same denominations by the Board of Trustees. Before this, however, there is only mention of a slave church in the town of Athens. While the University campus was reserved primarily for work space, recreational space for enslaved people included the circus and house parties in town. 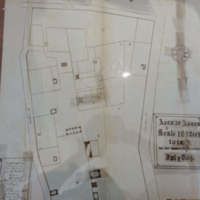 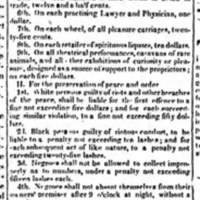 1831 Ordinances for the Town of Athens 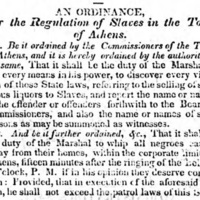 An Ordinance, For the Regulation of Slaves in the Town of Athens 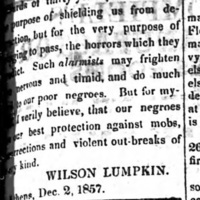 Letter from Wilson Lumpkin to the Southern Watchman 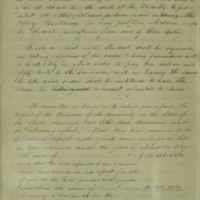 Prohibition of "Colored Persons" in College Buildings in Board of Trustees Minutes, Vol 2: page 186 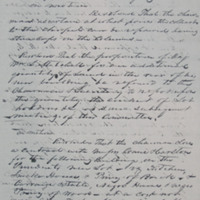 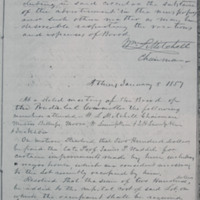 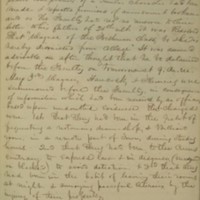 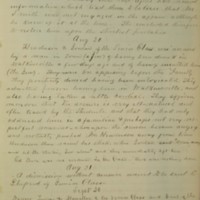 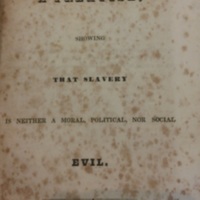 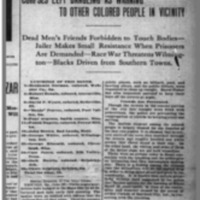 The Lynching Project: Murder and Memory in Georgia 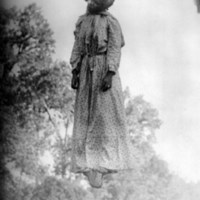 The Lynching Project: Murder and Memory in Georgia, Part 2